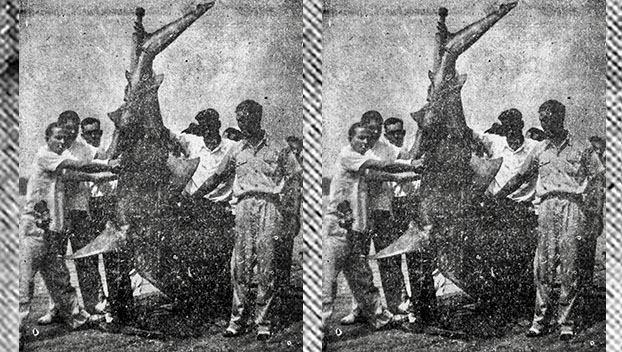 Early on August 9, 1941, when it was still legal to use nets in the Pamlico River to harvest fish, Rion Day, a local fish merchant, passed through the Norfolk-Southern railroad trestle to head down the Pamlico River to check his fishnets lying just off Rodman’s Point. Expecting to gather a harvest of striped bass and perch, he was stunned by the prey he had snared. There, entangled and dead in the nets, was an eight foot 3 1-2 inch, 300-pound shark! Knowing the significance of his prize, Day carried his catch back to the pier behind his business at the end of Market Street to display the shark to the hundreds of amazed onlookers attracted by the quickly spreading news. The catch certified the veracity of reports made earlier in the week that a shark was spotted in the vicinity of Shady Banks, several miles downriver from Washington. 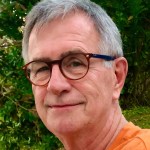 The Washington Daily News reported the next day, “As far as could be learned, this is the first time in the memory of older citizens that a shark has strayed this far from its habitat. The fish was donated to the Washington Field Museum [The Bug House], where members will mount it.” Roxie Collie Simpson, a taxidermist with the State Museum, assisted the field museum members with the fish mounting. She also identified the shark as a southern ground shark (Carcharhinus commersoni).

The Washington Daily News concluded, ” One thing was certain today. There will be more than the customary amount of precaution taken by bathers along the river shore tomorrow – whether the big brute was of the man-eating type or not – and no one could be exactly certain.”

I guess that many of us who venture out on the lovely Pamlico River may now do the same.

Ray Midgett is a Washington resident and the past president of the Historic Port of Washington Project. 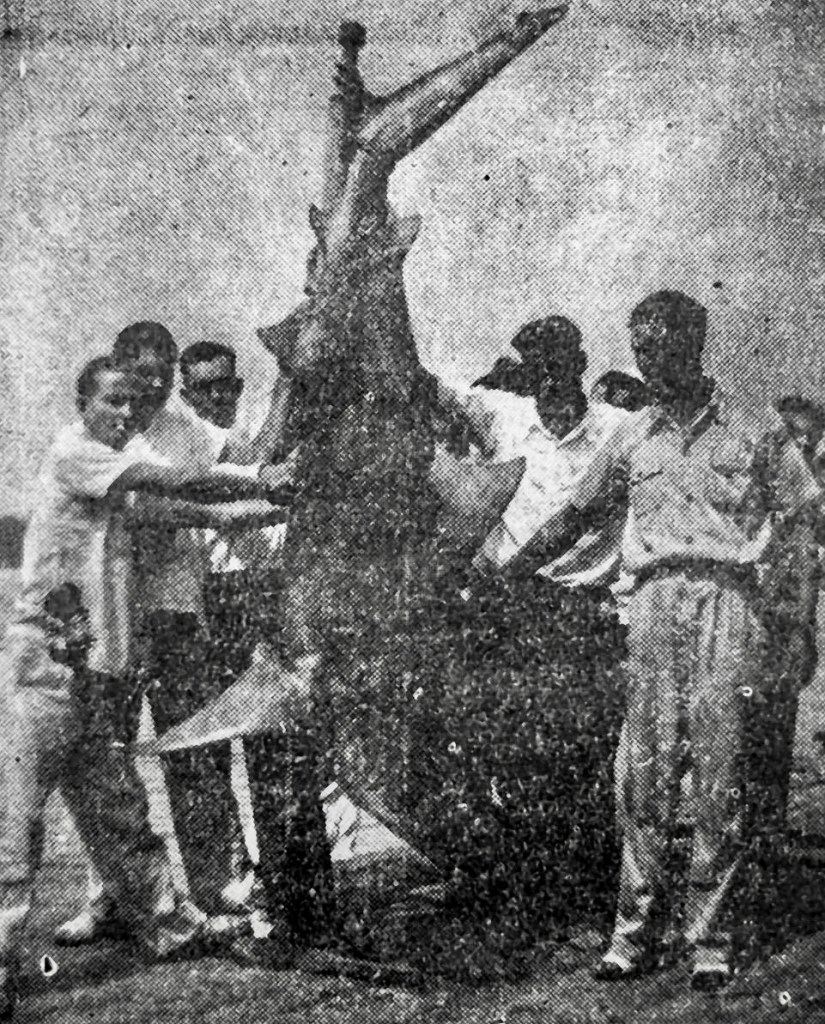