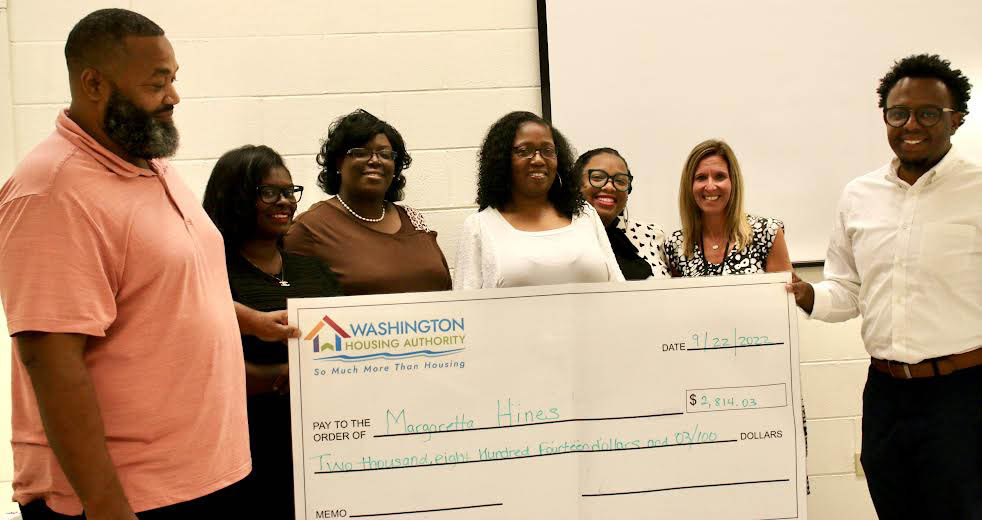 Margaretta Hines graduated from the Family Self-Sufficiency program on Thursday, Sept. 22. The five-year program, supplied through the Washington Housing Authority, assists individuals with achieving financial independence by receiving an education, gaining employment and finding housing. It is a voluntary program for individuals who receive Section 8 and Public Housing rental assistance, according to the Washington Housing Authority’s website.

Hines was deemed self-sufficient three years after starting the program. While working for the school system as a bus driver, she realized how much she enjoyed working with children. Hines became a substitute teacher for two years then became head custodian at John Cotten Tayloe Elementary School in Washington. She is earning an Associate’s Degree at Pitt Community College and will graduate in May.

“Without God, it wouldn’t have happened,” Hines said. She credited God for helping her graduate from the Family Self-Sufficiency program.

“You meet someone and you know it lies within them,” Program coordinator Kimberly Grimes said about the potential for success in each graduate. Hines is the third graduate of the program. Two more people are expected to graduate soon. “To see it actually grow and blossom and see their dream come true and being able to obtain their goals – it’s a good feeling.”