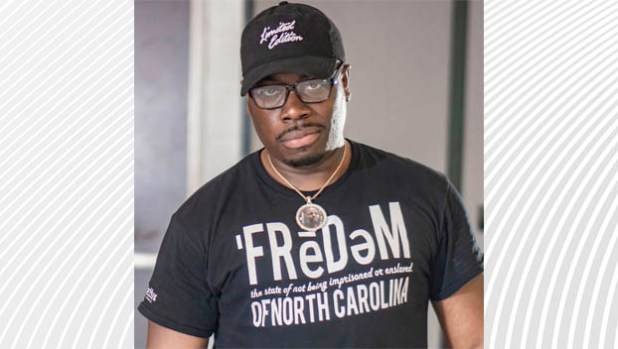 James Jones Jr., of Greenville, is a new filmmaker who is receiving much praise for his first film, “Freedom of NC.” Photo provided by Jones. 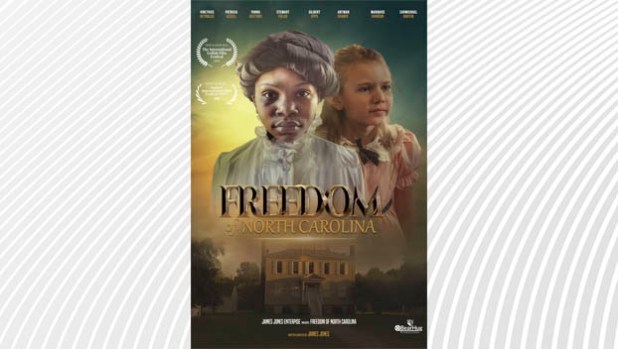 New kid on the film industry’s block, James Jones Jr., of Greenville, is proving himself as a talented filmmaker.

His first film is called “Freedom of NC.” Set in the 19th-century, it documents a slave family’s escape from a plantation home in eastern North Carolina. They arrive in Regur and discover its place in the overall story of African-American history, according to the movie’s synopsis. The film debuted on June 18, 2021.

Much like an apprentice, Jones’ education on how to become a filmmaker has taken place on the film set in addition to watching YouTube videos. He does not have a film degree, but has 16 years of experience in editing video content.

When “Freedom of NC” debuted, Jones said seasoned directors asked him about the camera he used and about his experience filming. They were stunned when he said he had been filming for about a year.

“I kept it honest with them. I told them I’ve only been shooting for about a year but I’ve been editing for years. They couldn’t really believe me. I guess the talent and the gift was already there. I just had to learn how to pull it out of me,” Jones said.

His gift and talent was under the spotlight when “Freedom of NC” won Best Feature Film at The International Gullah Film Festival in Georgetown, South Carolina in April, 2022.

Earlier this month, “Freedom of NC” was listed as a semi-finalist for the 2022 SIFF Festival in Russia. SIFF stands for Serberst International Film Festival.

Jones received an email from the festival with the announcement. He said it was exciting and all the more so because he forgot he submitted the film to the competition. His film is competing against ones from all over the world.

“I am blessed and grateful to know my film, my first film, was running up toward other seasoned filmmakers.

In talking about the Tribeca Film Festival, Jones said he was “honored” to have been selected and for judges, professionals in the film industry to look at his film and take interest in it.

“Freedom of NC” can be streamed on YouTube, DirectTV, Dish, GooglePlay XBOX and others. A DVD format can be purchased at Walmart, Barnes and Noble and Best Buy.