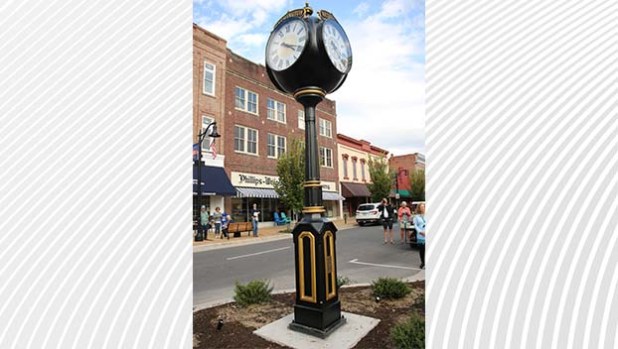 The new clock is located at the intersection of Gladden and West Main Streets at the entryway of Stewarts Parkway. (Holly Morgan/WDN) 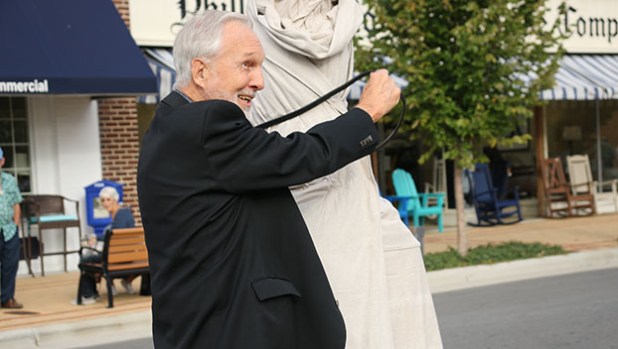 Judge Grimes removes the first portion of the covering which revealed the tribute to the Rotary’s century long commitment of service to the Washington community. (Holly Morgan/WDN) 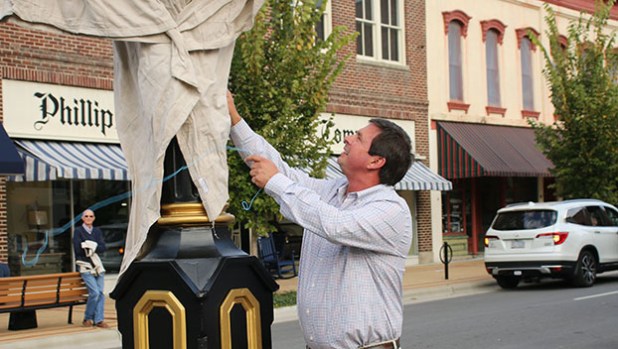 Club president Charlie Manning begins unveiling the top portion of the covering. He has assistance from other members of the club and Mayor Sadler. (Holly Morgan/WDN) 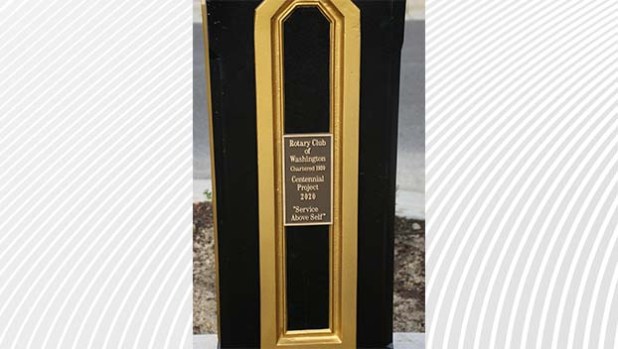 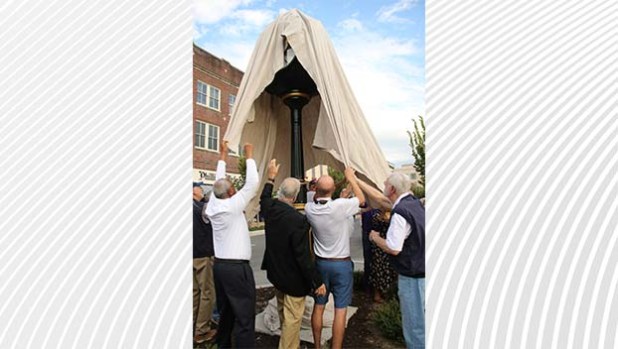 The clock is located at the intersection of Gladden and West Main Streets at the entryway of Stewarts Parkway. It was a gift to the City of Washington from the club. It is four-sided and in an antique style.

At the unveiling, the Honorable Tom Payne spoke. He is a retired Beaufort County Clerk of Court and a former Rotary District 7720 Governor. Washington Mayor, Donald Sadler accepted the clock on behalf of the city. The Hon. Sam Grimes began the removal of the covering from the clock. Judge Grimes is the longest tenured member of the Washington Rotary Club and is the grandson of founding member and first vice president of the club, Junius D. Grimes. After, Club President Charlie Manning and others including Sam Grimes and Mayor Sadler removed the covering from the clock.

The clock features the Rotary logo and motto which states “Service Above Self.” It commemorates a century of service to the community by the Rotary club.