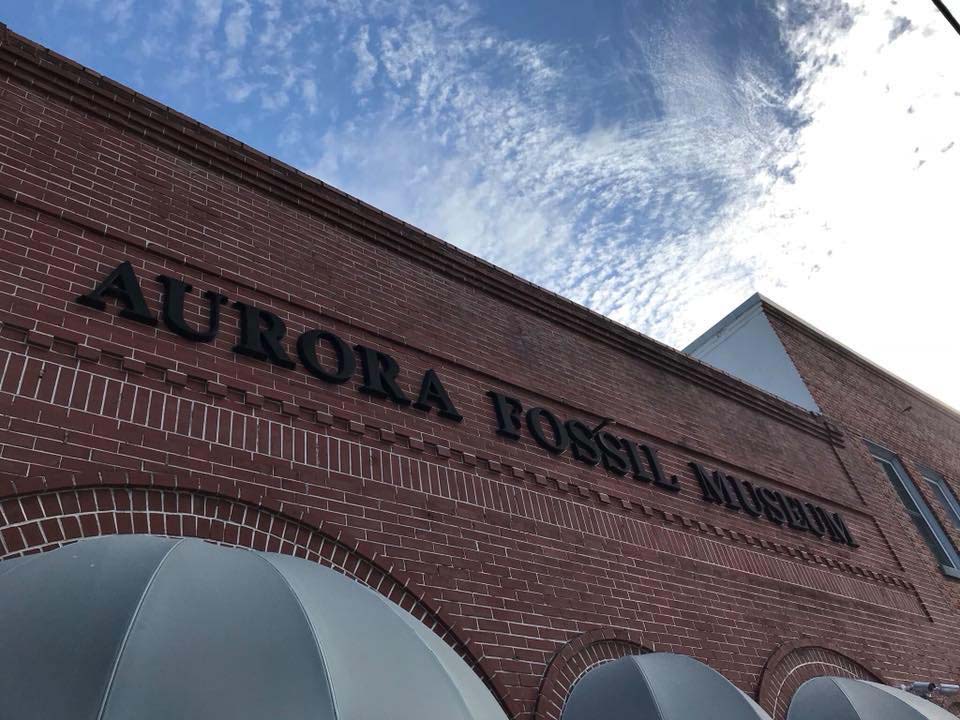 The Aurora Fossil Museum has made incremental expansions for more than 40 decades; however, before their 50th anniversaries, it hopes to expand in a big way – by about 14,000 sq. ft.

On Friday, Oct. 21, the museum hosted a vision and planning meeting with board members and stakeholders to continue work on a strategic plan created earlier this year.

Executive Director, Cindy Crane, shared with the Daily News that a new, 14,000 sq. ft. facility is part of the museum’s vision for the future. (The museum’s learning center occupies about 1,400 sq. ft. of exhibit space.) She is hopeful the facility will be completed in time for either the museum’s 50th anniversary of its founding which will be in 2026 or its 50th anniversary of opening which will be celebrated in 2028.

The proposed new facility will be located at a lot at the corner of Fourth and Main Streets. The idea is that it will be able to offer many new inter-educational interactive, engaging and entertaining exhibits and displays in addition to updating and incorporating current exhibits. Aurora Fossil Museum is working with JKF Architecture, of Greenville, on developing renderings of the new facility in addition to restorations of the original building and separate buildings.

Throughout the years, ideas for the new facility will change and be tweaked as the museum receives feedback from stakeholders and the community. For example, Crane said museum representatives will visit S.W. Snowden to see what students would like to see and do in a new facility. Also, community members have been able to chime in through Zoom events and social media.

She said it will take at least a couple of years for the museum to raise capital funds before construction can begin. At this time, the cost of the new facility has not been determined. It will be at least four months before they will have digital renderings of the new facility. Once conceptual designs are complete, a multi-million dollar fundraising campaign can start.

Aurora Fossil Museum has received two grants amounting to or more than $100,000 in the last couple of weeks. These grants are earmarked for specific items, because they use federal funding handed down to the state before being given to the museum. It is not money the museum can use at its own discretion.

Crane said money from one grant can help the museum add employees and give benefits to current employees as well as updating exhibits. The other grant is designated for capital improvements and equipment. A check given by Representative Keith Kidwell for $100,000 in state funds will help the museum pay for renderings from JKF Architecture.

“We have the seed money to start really doing something good out here on a bigger scale,” Crane said. “We’re excited, very excited about it.”