Above and beyond the call to duty 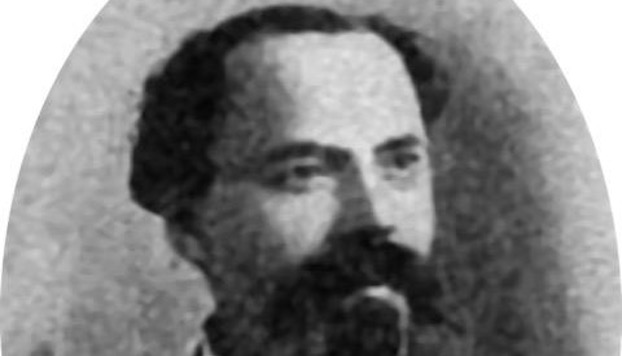 In recognition of Veterans Day, I want to honor a Union soldier, Corporal Wilson Smith, who was a member of the occupying force in Washington during the Civil War. He hailed from upstate New York, near the village of Oriskany Falls. He had volunteered to join the New York Light Artillery as a member of Battery H. On September 6, 1862, a dark and foggy morning and the day before his 21st birthday, Smith and his fellow soldiers found themselves encamped along Washington’s streets. Several Union gunboats, including the Louisiana and the Picket, were anchored in the river abreast of Washington. The soldiers began stirring after a peaceful night’s rest when the order came to “fall in.” An expedition consisting of Battery H, four cannons, a detachment of cavalry and infantry, and a supply train was forming to head north out of town for some point unknown to the troops.

The column progressed not more than six or seven blocks when, to the west, loud reports of gunfire could be heard. A mounted officer appeared, shouting that the town had been surprised by a large force of Confederate troops. Chaos ensued, and a stampede back into town immediately followed. The column became wholly disarrayed, and the commanding officer’s order, ‘Steady, men,’ could be plainly heard. In the confusion, the lieutenant in charge of one of the cannons disappeared. Above and beyond the call to duty, Corporal Smith assumed command and rapidly proceeded with the gun crew toward the gunfire.

Smith and his gun crew rushed down Market Street until they arrived at the intersection with Main. There, without supporting infantry, the cannon was unlimbered (or detached from the team of horses and readied for use) and positioned to cover the field of fire down West Main Street toward Bridge Street. As the fog began to lift and the men completed the gun loading, there appeared down Main Street about 600 men rapidly approaching Smith and his men. In his own words, Corporal Smith describes what happened next, “I hesitated, not knowing who they were. Just then, Adjutant Guiero of the Third New York Cavalry rode up and said: ‘Young man, why don’t you fire?’ I replied: ‘I don’t know who they are.’ ‘Quite right’,’ he said. ‘I’ll soon see.’ He advanced in the direction of the men, but, in an instant, he wheeled and shouted: ‘In God’s name fire!’ Then I gave the order to fire, and in a few minutes, fifteen charges of canister were hurled against the advancing men, who first halted and then retreated rapidly in the direction whence they came. Up to this time, not one of my small detachment had been injured except myself, a bullet cutting my ear slightly.”

In disarray, the Confederate forces retreated down Main Street towards Bridge Street while their officers attempted to rally the troops and reform the line. Smith’s men hitched their cannon to the team of horses and followed the retreating army until they reached the foot of the Tar River bridge.

From here, I’ll let Corporal Smith tell the rest of his story: “We again attempted to unlimber the gun, but the horses, in making a short turn at the entrance to the bridge, became stalled, and the gun remained fast. Just then, the Confederates discharged a volley, a portion of which struck the wheel horses, causing them to plunge and wheel. Now our men were enabled to unlimber the gun. Before it could be loaded, however, the Confederates were upon us with their bayonets, and a hand-to-hand fight ensued in front of the gun. During this combat, John Malone and John McGrehan loaded the gun with canister. We immediately discharged it, and after a few shots, the street was rapidly cleared of the enemy. But their rifle fire on the street was terrible. Within a few minutes, every man at the gun was killed except John Malone and myself. Two soldiers from Battery G, one named Lincoln, the other Albert Willard, three members from Potter’s North Carolina Infantry, and three members of the Third New York Cavalry then joined us and assisted in working the gun.”

“A large body of Confederates, in the meantime, had entered the grounds of ex-Governor Grice’s residence and was pouring volley after volley into our detachment. The last charge left was a solid shot. All our newly joined comrades had been killed or wounded, and Malone and I loaded the gun for the last time. Just before the shot was inserted into the gun, a bullet shattered my knee, and as I fired, Malone received a shot through the body, which completely paralyzed his leg.”

“He threw his arms about me, and I carried him on my back to the bridge stairs, hobbling along with the aid of my saber. How it was possible to reach the edge of the water alive is a mystery to me. A cutter then took us both, with the wounded Lincoln, to the gunboat Louisiana. As our gun ceased firing, the Louisiana came into action, her guns covering the position we had abandoned, and soon after, the Confederates were in full retreat.”

The next day, September 7, Corporal Smith’s 21st birthday, his leg was amputated above the knee. While lying in the hospital at New Berne, Major-General J. B. Foster, the corps commander, and Colonel J. H. Ladlie, the regimental commander, met at his bedside. The colonel said that the action of Smith’s gun detachment had prevented the Confederates from taking Washington from the Union forces. On February 1, 1863, Wilson was discharged for wounds at Utica, New York.

For his actions during the battle in Washington’s streets, Wilson Smith was awarded the Congressional Medal of Honor for gallantry on April 24, 1896.

A second Congressional Medal of Honor was awarded for Civil War action in Beaufort County to Lt. William B. Avery of the 1st New York Marine Artillery for his bravery in the battle at Tranter’s Creek on June 5, 1862. His Medal of Honor citation states that he “handled his battery with greatest coolness amidst the hottest fire.”

Ray Midgett is a local historian and the past president of the Historic Port of Washington Project.