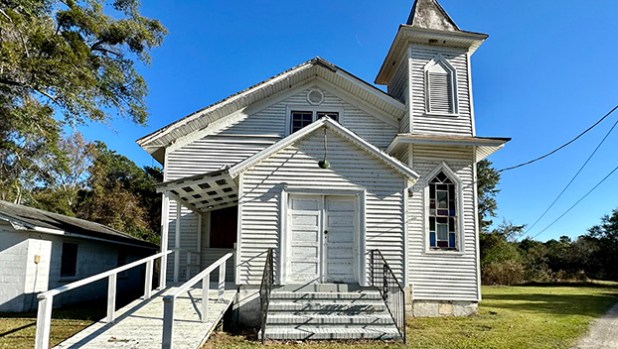 Nancy Burroughs is hoping to restore First Loving Union Free Will Baptist Church - the last remaining piece of the Wootentown Community. The church was formed in 1900. (Holly Morgan/WDN) 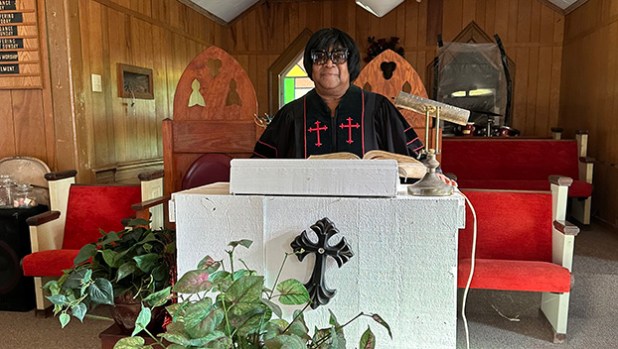 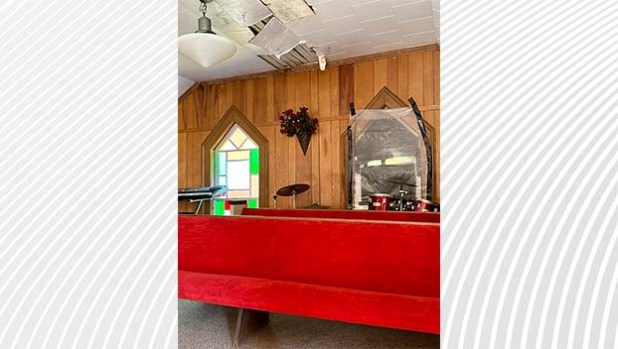 The church has fallen into disrepair and will need extensive work to restore it, before Burroughs can apply to have it listed on the National Register of Historic Places. (Holly Morgan/WDN) 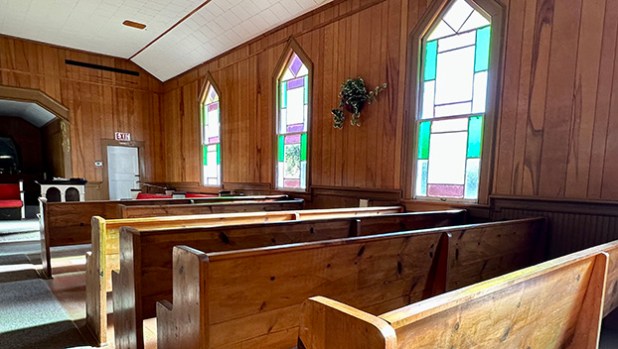 Nancy Burroughs is on a mission to restore First Loving Union Free Will Baptist Church.

It’s been a nearly 23 year journey for Burroughs. She began in January of 2000 after receiving a vision from God to restore the church to its former glory.  The church is located on Whootentown Road and is the last remaining non-residential structure of the former Wootentown community.

“Being on that list is all I care about” Burroughs said because “nobody can tear it down and put a lock on the door and let it go down to nothing.”

One of Burroughs’ reasons for restoring the church is her personal connection to it. She was born in Washington, but moved to New York at the age of 11. Before moving north, she and her family attended First Loving Union. Her sense of belonging to the church and honoring past congregations as well as former Wootentown community members drew her back to Washington from New York.

If Burroughs is able to restore the church, she hopes charter members from 122 years ago would be proud that she “has held the church up.”

It was one of the few non-residential structures in the Wootentown community, Burroughs said. “We shouldn’t let it go,” she added.

“I don’t think we should let it fall down and die,” Burroughs said. “I just want to be happy that it’s going to stand.”

Burroughs anticipates it will take a year to a year-and-a-half to complete the restoration. She is relying on donations and volunteer work. At this time, she knows the ceiling will need repair and stained glass windows will need to be replaced. Painting of the exterior will also need to be done.

Throughout the decades, the church grew, reaching a pinnacle in the 1980’s when they moved to a newly built church, Loving Union Free Will Baptist Church on River Road in Washington. Disagreements about how the church should be managed and the passing of many elderly congregants caused the membership at the historic church to dissipate. By 1998, there were few members left, per the Daily News article. The church doors were closed until Burroughs began ministering there in 2000. She renamed the Wootentown location to First Loving Union Free Will Baptist for clarity between it and the River Road location. She retired from preaching in 2019.