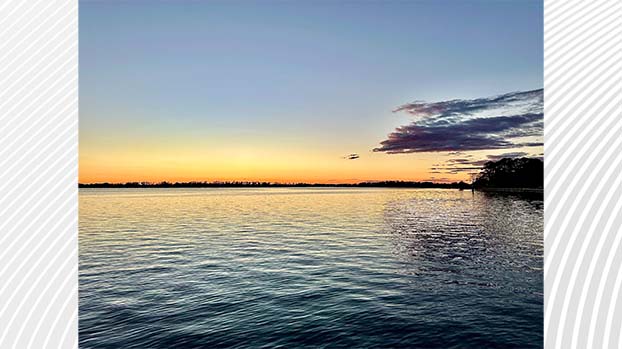 Washington residents have heard a mysterious, loud booming noise for the past month. At this time, the sound has yet to be identified. (Holly Morgan/WDN)

Washington residents have heard loud noises late at night for the past month, but no one seems to know what it is or where it is coming from.

There have been guesses on Facebook of what it could be – everything from Seneca Guns, to fireworks, to military practice to squirrels blowing a fuse on transformers.

According to the U.S. Geological Survey, Seneca Guns are unexplained loud booming noises on the East Coast and near Seneca Lake in New York.  The loud booming noises “on the East Coast have not been directly studied and explained, but we can deduce from observations and measurements in West Coast locations that at least some of the East Coast booms are associated with very small earthquakes,” according to the Survey’s website. “Small shallow earthquakes sometimes produce rumbling sounds or booms that can be heard by people who are very close to them. High-frequency vibrations from the shallow earthquake generate the booming sound; when earthquakes are deeper, those vibrations never reach the surface. Sometimes the earthquakes create booming sounds even when no vibrations are felt.”

Chief Director of Police and Fire Service, Stacey Drakeford, said he is unsure of what the noise could be. He suspects it could be a noise from outside the county and across the river. He does not believe the noise is coming from Washington. He thinks it could be people deterring swans or people removing beaver dams at Douglas Crossroads.

Washington resident, James Helms of E. Second Street told the Daily News the noise has been occurring a couple of times a week for the past month. They happen late at night between the hours of 11 p.m. and 2 p.m.  He says the noise sounds like “sonic booms.” One night, he was awoken by the noise which sounded to him like a meteor going by. He speculates it could be sky clicks or the Seneca Guns. He said “it just doesn’t sound like fireworks.”

Helms said he was “happy to hear” other residents heard the noise as well. He has lived in Washington since 1986 and said he has never heard anything like these noises before.