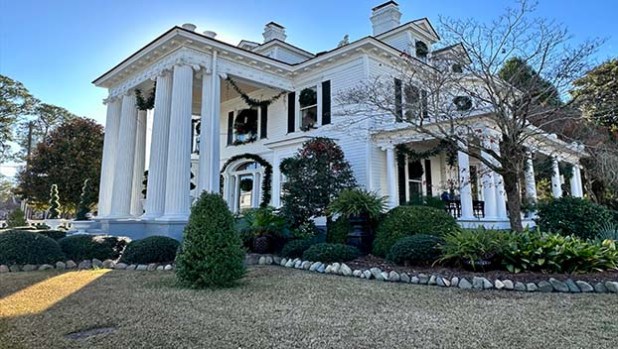 Stroud’s home is located on East Second Street. He said it takes about three weeks to decorate the home for Christmas. (Holly Morgan/WDN) 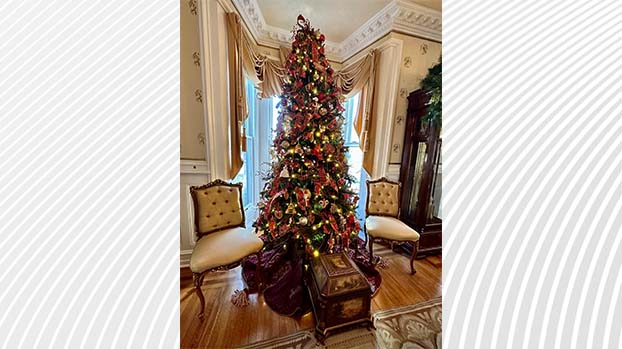 The British themed Christmas tree has the most sentimental value to Stroud because it is filled with ornaments collected from trips he’s taken with his three sons. (Holly Morgan/WDN) 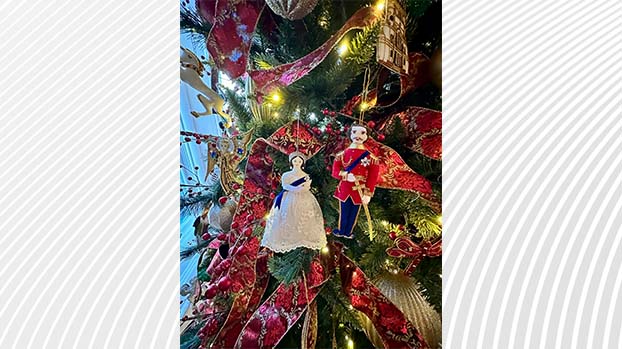 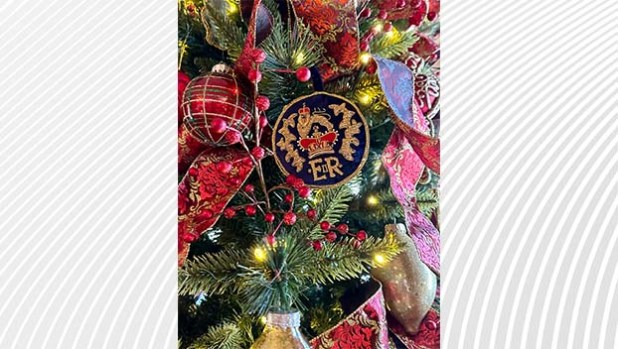 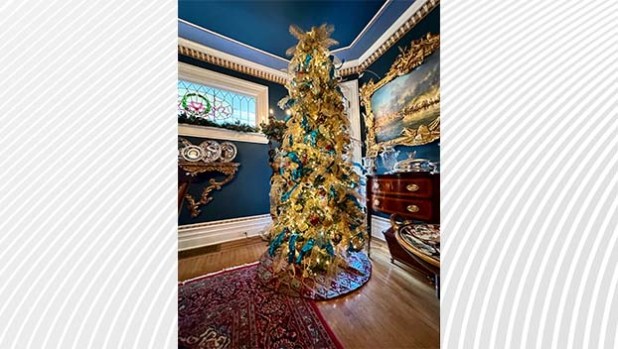 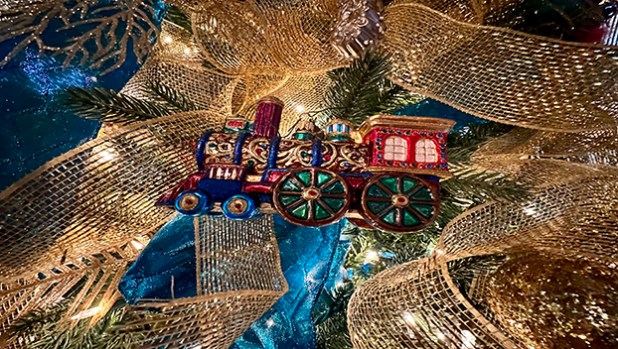 A train ornament from the Christmas tree filled with Jay Strongwater ornaments. 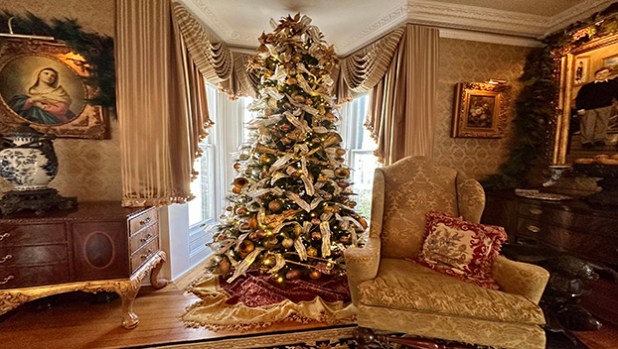 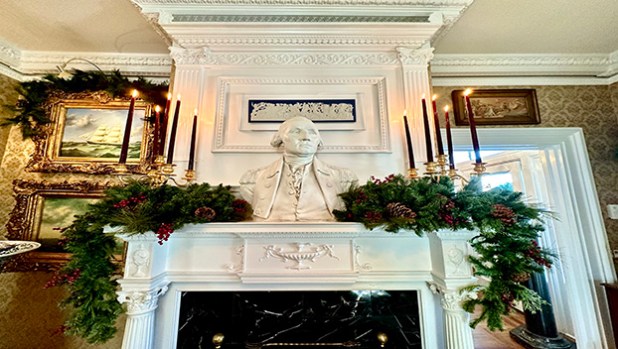 Stroud’s best advice for hosting Christmas parties is “don’t run out of anything and don’t have an end time.” (Holly Morgan/WDN) 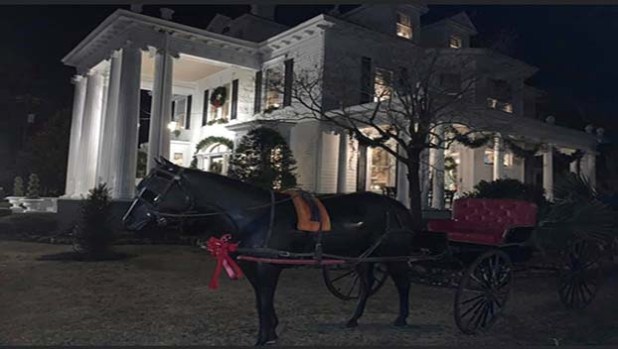 The final piece of decoration Stroud will add to his festive home is an antique doctor's carriage and horse statue. (Holly Morgan/WDN)

Don Stroud does not typically decorate for the holidays before Thanksgiving; however, he has been traveling and has upcoming trips which means Washington residents and visitors have been treated with early sights of his festive home on East Second Street.

Stroud said it takes a team and three weeks to decorate the home. Most of his decorations have been placed, but there is one, exterior pièce de résistance that has yet to make its arrival – an antique doctor’s carriage from the late 1880’s and an attached statue horse.

Within the interior of Stroud’s stately turn-of-the-century home are several Christmas trees, each having an individual theme. The most special tree has a British theme with about 500 ornaments peeking through the lights or layered on top illustrating the Stroud’s being a bit of Anglophiles. The tree is special, because the ornaments have been collected over the years from trips to England Stroud has taken with his three sons.

Stroud said his best Christmas memories are ones shared with his sons. They will be making more memories this month when they travel to New York City to see Handel’s Messiah and tour the city.

Being surrounded by family and friends is how Stroud best enjoys the holiday season. Last year, he hosted not one, not two, not three but six holiday parties. A stark contrast from how Christmas was spent in 2020 at home.

Stroud’s best advice for hosting or hostessing Christmas parties is “don’t run out of anything and don’t have an end time.”