Could Washington see a by-pass in its future? 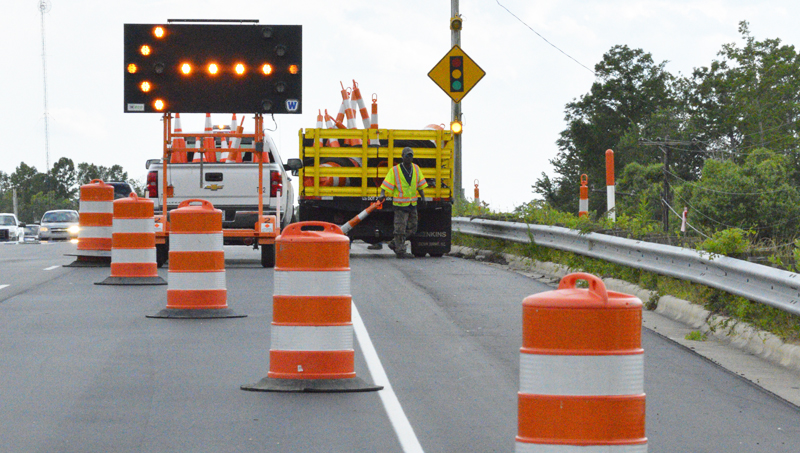 An idea to add a by-pass to Washington is being pursued by NCDOT, but the roadway won't materialize for at least a decade if the project gets a green light. WDN File Photo

North Carolina Department of Transportation (NCDOT) is considering the possibility of adding a by-pass in Washington to alleviate increased traffic congestion that is headed north or east of the city..

The project is in its infancy and it’s yet to be determined if a by-pass will materialize, according to Jeff Cabaniss, PE and division engineer for NCDOT.

A by-pass would take traffic off of Highway 264 within City of Washington limits. “The bypass would allow traffic to access US 17 North and US 264 on the east side of Washington without having to travel into the City,” Cabaniss wrote in an email to the Daily News. Drafted designs from ms consultants, inc. in Raleigh show the by-pass traveling from west of Leggett Road to either Highway 17 or East of N. Asbury Church Road. It could be 25 miles in length, but it also includes 30 miles of service roads, according to ms consultants.

There is a long process a project must go through before it can get off the ground. First, funding would need to be secured within the State Transportation Improvement Plan – that is if the project is deemed a high enough priority. Part of the score is determined by the Mid-East Rural Planning Organization (which is part of NCDOT) and the City of Washington. That portion alone would be completed at the earliest by summer or fall of 2024, Cabaniss wrote. A by-pass, he added, would likely take 10 to 15 years to become a reality.