Kidwell sworn in for third term 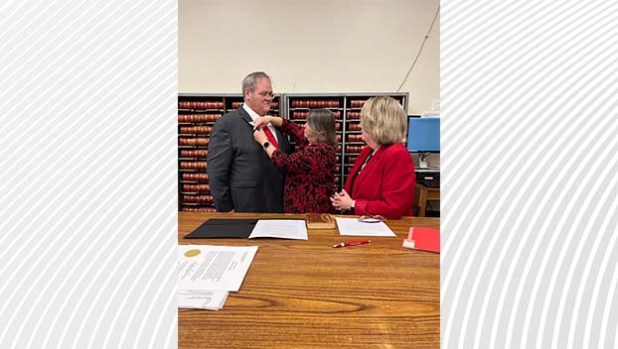 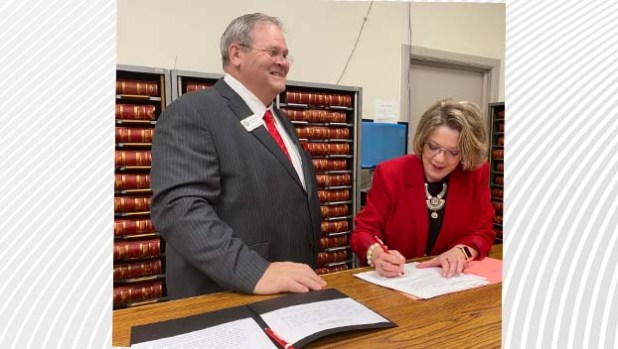 North Carolina Representative Keith Kidwell (R-79) held a swearing-in ceremony at the Beaufort County Courthouse on Tuesday morning, Jan. 3. He is traveling this week to other counties within the 79th district to be sworn-in.

Representative Kidwell was sworn-in by Carolyn Garris who is the new Register of Deeds for Beaufort County. Kidwell conducted the swearing-in ceremony for Garris which occurred the same morning.

A reception followed the ceremony.

In Pamlico County, the Honorable Paul Delamar officiated the ceremony on Tuesday afternoon. Pamlico GOP hosted a reception at Little Italy Restaurant. Kidwell will take his oath in Hyde county, where April Kidwell, the Representative’s granddaughter recently sworn as a notary public, will officiate. A reception will follow. Finally, in Dare County, the Honorable Judge Jerry Tillit will officiate the ceremony for Rep. Goodwin, Rep. Kidwell and Sen. Norm Sanderson, according to a press release from Kidwell’s office.

The swearing-in ceremonies will be topped off with a reception at the Burrus House Inn at Manteo.