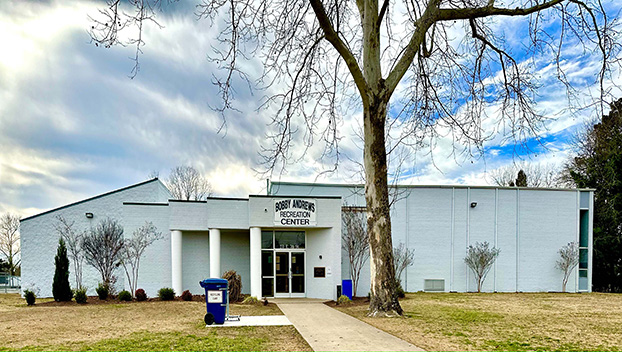 The splash pad would be located behind the Bobby Andrews Recreation Center on Seventh Street, Russell said. (Holly Morgan/WDN)

Will the City of Washington construct its first splash pad in the near future? Maybe.

On Monday night (Jan. 9) Washington city council took an unanimous vote to all the Parks and Recreation Department to solicit bids for construction of a splash pad behind the Bobby Andrews Recreation Center.

Meeting documents show an estimate for a splash pad designed by RainDrop that has all of the “bells and whistles,” City Manager Jonathan Russell described. That specific design would cost $383,000 for materials alone. Russell said the city would contact RainDrop to design a smaller splash pad that is more in line with the city’s budget and “less of a sticker shock.”

Council will review the idea of a splash pad at their next meeting on Feb. 13.

Council also took an unanimous  vote on adding lights to the Susie Gray McConnell Sports Complex. Preliminary cost estimates to light half of the complex would be about $400,000, according to Russell. To light the entire complex would be around $800,000.

Russell explained that having lighted soccer fields means using the field more throughout the year for adult soccer leagues and other sports like lacrosse and flag football as well as tournaments. Russell estimated the Optimist soccer league had more than 600 people this year.

Funding for the splash pad and lights would come out of either the general fund balance or remaining American Rescue Plan funds.