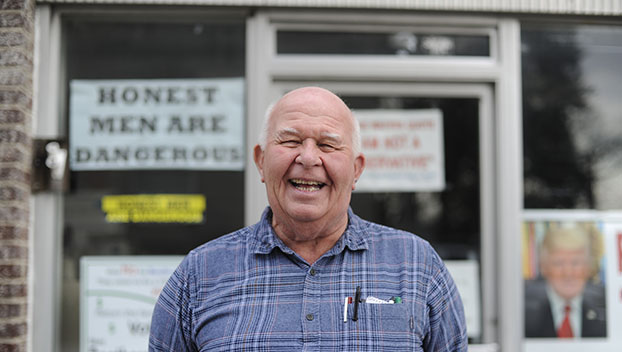 Beaufort County Commissioner Hood Richardson stands outside his office on N. Market Street. Known for his boisterous and sometimes combative demeanor, Richardson has made a name for himself that will extend beyond his years of service on the board. Love him or love to hate him for it, Richardson says he has remained true to his beliefs the entire time he has been a county commissioner. (Ashley Vansant / Washington Daily News)

Hood Richardson is fully aware of how controversial he can be. He revels in it.

Elected in 1996, Richardson is one of the longest serving commissioners in Beaufort County’s history with 27 years of experience. To the delight or disgust of Beaufort County residents, he has no intention of stepping down. Richardson plans to run in 2024 at the age of 84.

Before he ran for commissioner the first time, Richardson’s late first wife made him promise the minute he became unhappy in public office, he would resign. She did not want to live with an unhappy husband. He joked, “there’s only been about five minutes in the whole thing” where he questioned his decision to run for commissioner.

One reason he consistently runs for county commissioner is that he enjoys politics. His work in land surveying and engineering can be dull, he said; therefore he needs “something for entertainment. Politics is my hobby,” Richardson said.

The other reason he said is to “punish” Republicans and Democrats. He defines punishment as giving them opposition. “Being an opponent to them so they can’t always get their way.”

“Politics is a brutal, bruising game – even on this level – especially if you’re willing like me to be vocal about things and get out on a limb and ask for trouble and all that sort of thing with my personality.”

Being as boisterous and controversial as Richardson creates few friendships in a political sphere. He has always had a political opponent from the late Frank Bonner (the longest serving commissioner in Beaufort County with 30 years experience) to current chairman Frankie Waters.

When the Daily News reached out to other commissioners for comments about Richardson, two out of three who responded either said “no comment” or “I don’t think I want to be part of this.”

However, Commissioner Stan Deatherage wrote to the Daily News words of admiration for Richardson. Deatherage wrote he and Richardson have a shared purpose to seek truth. “In that specific purpose, Commissioner Hood Richardson has never faltered, and will always represent his constituents in perfect truth, without falter, without fail.  In all matters of governing, I will always be the Commissioner’s most satisfied constituent, in the fight to achieve what we are charged to accomplish, I will remain trusted in that political foxhole with The Hood until we are either, or both relieved from that good duty.”

Those who attend or watch Board of County Commissioners’ meetings know the contentious version of Richardson well. However, who is Hood Richardson outside of his role as county commissioner?

Richardson was born in Monroe, North Carolina in 1940. His family lived downtown before they moved to a farm in the Prospect community in Union County. His parents required their three sons and daughter (including Richardson) attend church on Sunday morning and a church program for young adults on Sunday evening. Richardson said he has carried the Christian values he learned at a young age with him through life. Those values, he says, have been at the core of his six terms on the board.

Later in life, Richardson opened up his own land surveying firm in Beaufort County after his career with the former Texas Gulf came to an end. His late first wife opened several popular candy and cookie stores called Peanut Shack.

Looking back on his time as a commissioner, he said the highlight was fending off the U.S. Navy from purchasing farmland in Beaufort County.

In 2007, the U.S. Navy wanted to purchase an estimated 40,000 acres of prime farmland to build an outlying landing field for naval facilities in Norfolk, Virginia for training purposes, according to Richardson. To make a living from farming, a person would need to farm about 1,000 acres of land, he continued to explain. This created a “local uprising.” No politician, except Richardson, was interested in going against the federal government and thus recommended everyone surrender.

“I was the only elected official – I’m talking about the Senate, House, school board – nobody would help them,” Richardson said about representing Beaufort County farmers. Richardson said he would travel with hundreds of Beaufort County residents to Washington D.C. to campaign against the U.S. Navy building a field. He said the campaign volunteers did all of the work, but they needed the presence of an elected official to have any credibility and legitimacy in Washington D.C.

Reflecting further on his career as a commissioner, Richardson shared three values he believes he has maintained in his personal and political lives – honor, Christian ethics and integrity.

“I have been true to my beliefs the whole time that I have been a commissioner,” Richardson said. 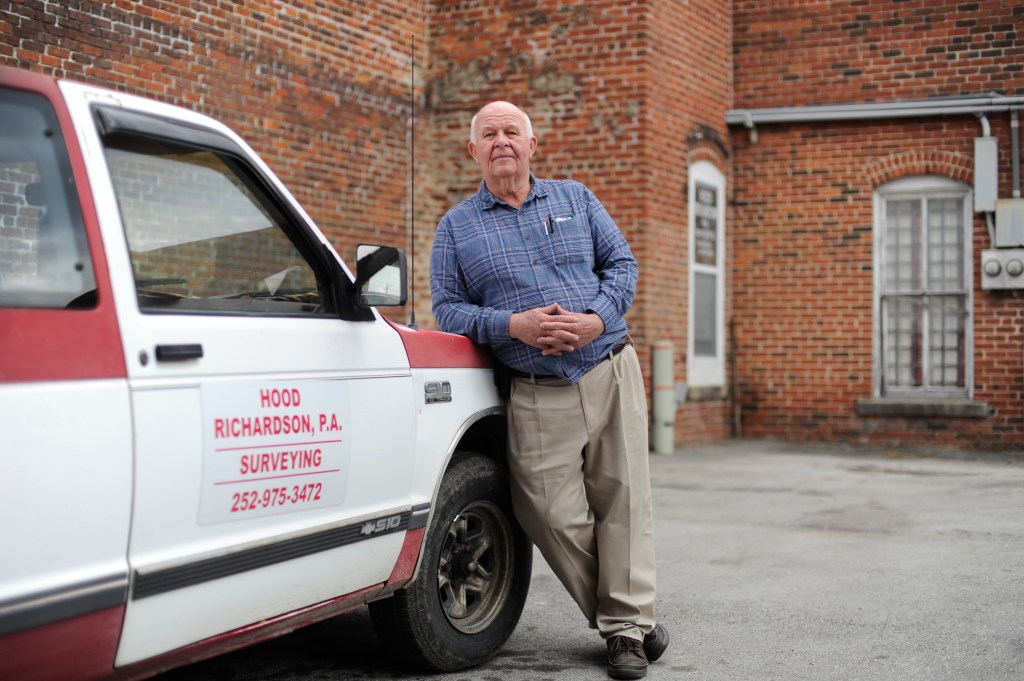