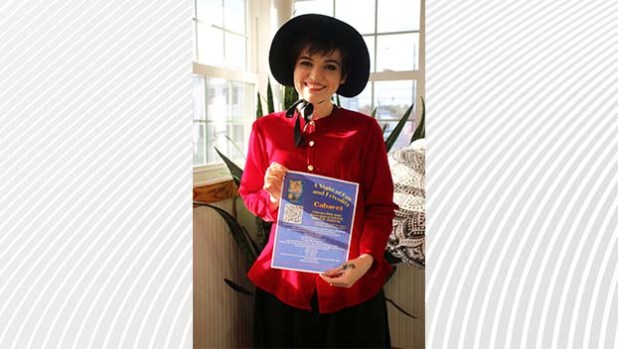 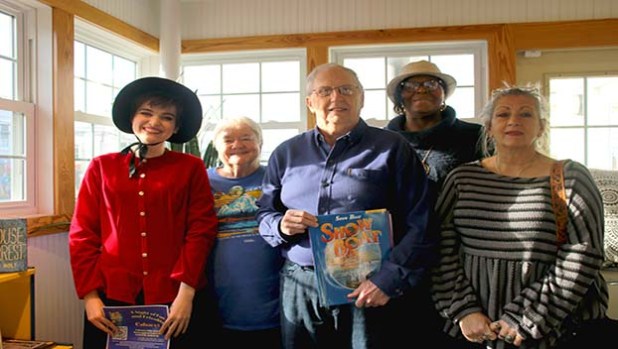 For its first fundraiser, friends of the Belhaven Public Library are hosting a cabaret featuring songs from the Broadway musical, “Show Boat.”

The story chronicles a troupe of actor’s lives and romances aboard the Cotton Blossom riverboat floating down the Mississippi River in the 1880’s. The story and songs are well known and well loved by many, but only few know of its connection to Beaufort County.

“Show Boat” was a novel authored in 1926 by Edna Ferber before it became a Broadway musical. She spent several days on the James Adams Floating Theatre, a traveling theater on a riverboat whose route included Maryland, Virginia and North Carolina. Her trip on the James Adams inspired the storyline for “Show Boat.”

Belhaven lore claims Ferber wrote “Show Boat” in Belhaven at the Carolina Hotel not far from Main Street; however, according to the North Carolina Department of Natural and Cultural Resources, the James Adams stopped in Bath, not Belhaven.

“Ferber’s story about the interconnected lives surrounding a river showboat was based on the four days she spent on the James Adams Floating Theatre in Bath. Already a Pulitzer Prize-winning writer, Ferber visited Beaufort County to research river theater and, while on her trip, met performers Charles Hunter and Beulah Adams, who were fans of her work and had staged her stories. Ferber took a second trip to North Carolina in April 1925 to meet a showboat in Bath. She lived, played, worked, rehearsed and ate with the theater company on the huge boat, gathering inspiration and stories from Charles Hunter and her observations of the audiences. The novel and musical dramatize timeless themes of racial injustice, tragic romance, gambling and small town values,” per the North Carolina Department of Natural and Cultural Resources.

The literary connection between “Show Boat” and Beaufort County was “worth celebrating,” Jean Lamkin said when explaining why a cabaret performance was selected as a fundraiser. Proceeds from the fundraiser will go toward the purchase of media equipment such as desktop computers and laptops, according to Belhaven Public Library Branch Manager Pat Saunders. Friends of the Belhaven Public Library hopes to collect $5,000.

Performing “Show Boat” songs will be students from East Carolina University, Elizabeth City State’s Director of Choral Activities and local performers. It will be narrated by Jack Dugan.

The “Show Boat” Cabaret fundraiser will be held on Saturday, Feb. 25 at the Wilkinson Center in Belhaven. Doors will open at 5:30 p.m. and the show will begin at 6 p.m. Tickets are $50 per person. Heavy hors d’oeuvres, desserts, wine, beer and beverages are included. Tickets can be purchased at www.artsonthepungo.com or in person at the Belhaven Public Library.