Maybe it’s me rather than the tradition

The war on Christmas, then and now

In 2004, former conservative TV commentator Bill O’Reilly announced that his archenemy, the political left, was waging a war against Christmas by encouraging shoppers to ... Read more

A necessity to preserve a nation

We are living in perilous times. Families, churches and neighborhoods are under assault. And not just by a deadly pandemic. America is divided by political ... Read more

Enjoying the fruits of our labor on Labor Day

To mask or not to mask? — that is the question

At my age (72), the memory begins to wane a bit. For example, I sometimes forget to put a face mask on before entering a ... Read more

Racism: Its foundations may not be what you think they are

I recently received an email from the son of a Greenville friend who lives in Florida. The son was moved by the murder of George ... Read more 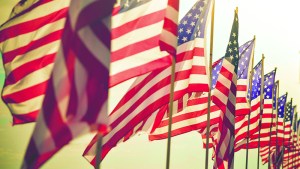 Every Memorial Day we honor those who fought in foreign wars by remembering the sacrifices they made for the nation. One of the most memorable ... Read more

Mystery in the time of coronavirus

Pandemics like the coronavirus are unimpressed with individual spiritual resumes or national claims to superior religiosity. Pandemics are viruses without consciences, unflinchingly cruel to all, ... Read more

The secret network that threatens democracy

In 1980, a 39-year-old firebrand Southern Baptist TV evangelist named James Robison called together a group of conservative pastors based in Dallas. Robison had earlier ... Read more