Recently, on a cold, wet morning in early February, my wife and I tried to reserve a day and time to receive the COVID vaccine from the Beaufort County Department of Health. We are both 72 years old. I was upstairs on the desktop computer and she was downstairs on a tablet. Our respective computers were open to the health department website. We hovered over them, ready to sign in and reserve a spot at the appointed time, 9 a.m.

The moment arrived. We entered the information required as fast as we could, but when we clicked on the button to reserve our spots, we were told none remained. No more than 15 seconds had elapsed from the time we entered our personal data to the moment we were informed that, sorry, all slots had been taken.

Our experience was far from unique. Cries of “What the heck just happened?” could be heard from homes and apartments across the county. A sense of having been treated unfairly permeated the area like a wet and smelly blanket.

Every major world religion includes justice among its most important values.

Religiously, justice is not about bringing criminals to trial or settling disputes between litigants in civil courts. When religious people write and speak about justice they are referring to the way human beings treat one another and the rest of creation.

It is unjust by religious and moral standards to treat persons of darker skin pigmentations, sexual orientations or economic standing differently than those with lighter skin, more “ordinary” sexual urges, or higher incomes. If God refuses to discriminate on the basis of skin color, so must we. If God loves gay and lesbian and transgender persons, so must we. If God condemns the wealthy for taking advantage of the poor, so must we.

On that unfortunate morning in February, my wife and I were discriminated against because we are (No. 1) not as mentally and physically agile as we were 10 years ago and (No. 2) of a generation that did not grow up learning how to manipulate keyboards and take electronic shortcuts. The generation that needs the vaccines the most was shut out by a dysfunctional and unjust system of distribution.

The system set up by national and state governmental officials for the distribution of limited supplies of a life-saving vaccine is unjust, because it requires Americans to compete against one another in a life and death game of winner-take-all. The system, in pitting the old against the young, the rich against the poor (not everyone can afford computer devices or services), the white against the black and brown, and the computer-literate against the computer-challenged is grossly unjust and should never have been put into action.

The United States is one of the most scientifically advanced and wealthy nations in the history of humankind. But on that cold morning in February, it failed my wife and me and thousands of others across Beaufort County during a moment of great need. What happened to us was unjust and unnecessary. I pray that we will do better next time.

Polk Culpepper is a retired Episcopal priest, a former lawyer and a resident of Washington. 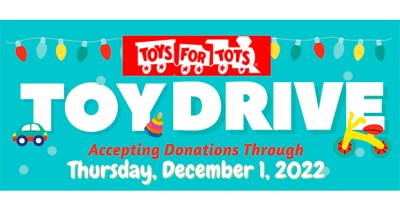