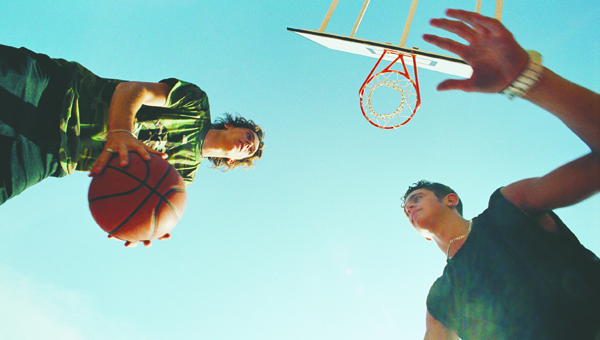 A major sporting event is underway as basketball franchises across the nation vie for the top spot in the NBA Playoffs. While some first-round matchups have left teams like the Cleveland Cavaliers, Golden State Warriors and Washington Wizards with some time to rest before Round 2 after sweeping their respective first-round opponents, others continue their first-round battles into Game 5 and Game 6.

For the most part, this year’s playoff matchups have been some of the most exciting first-round games in recent history. However, some of the behavior of certain players, winners and losers alike, are outrageous and certainly do not reflect the class and sportsmanship that should be exercised by a professional athlete. Some would argue, “Oh, it’s pro-ball, let them play it out.” Well, that would be an easy statement to make from the outside looking in.

These athletes are fine-tuned and work their lives away to become the best they can be. Sure, they get paid to devote themselves to their respective sports and positions as athletes, and sure, there is always going to be contact — bumps, bruises and the occasional flagrant foul, but some, in recent matchups, have taken physicality to another level — a dangerous level that should be penalized quickly, decisively and harshly.

An example is Boston Celtics Power Forward Kelly Olynyk. What a fine example of someone who has no class or sportsmanship. During Game 4 of the Cavaliers/Celtics matchup, with Boston facing elimination, Olynyk and Cavaliers Power Forward Kevin Love, found themselves in a situation in which their arms were locked up, fighting for possession of the ball. Again, facing elimination and down however many points, Olynyk decided to aggressively and hatefully twist Love’s arm to the point that Love’s shoulder dislocated and, at that point, was dangling from its socket. Olynyk should be ripped from the league and deported back to Canada for that dirty play. This is just one example of how low some players stoop to hurt a winning player out of frustration because they are losing.

A valuable lesson can be learned from this, especially local players on teams. It doesn’t matter what one is playing or who one is playing against — have some class and play with good sportsmanship. If a player is losing a game, he shouldn’t blame the winning players for his own or his team’s shortcomings.

Who one is as a person is portrayed when that person steps onto a field or court of play as a competitive player. All athletes, regardless of age, competitive level, recreation league or professional, should always remember what’s important. Everyone wants to win but at what cost — hurting another human being and ruining his or her journey to the next accomplishment they can make? Athletes, locally, far and wide, should ask themselves these questions before stepping on a court or field and representing themselves and their teammates. Just something to think about.

Pointing in the right direction