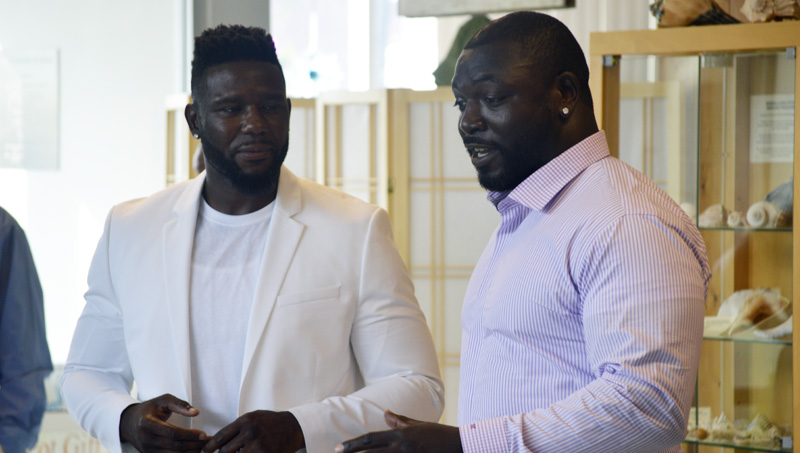 While athletes can often make for tremendous role models, there are also plenty of instances where these idolized competitors consume headlines for mistakes that bring their character into question.

A recent example of this has been the scandal surrounding swimmer Ryan Lochte. He and some of his teammates claimed they were robbed at gunpoint in Rio during the Olympics. The report was later determined to be false, and Lochte faces legal trouble in Brazil because of it.

This is but one example concerning the questionable character of some athletes. Lochte’s teammate Michael Phelps — America’s most decorated Olympian ever — has twice been arrested for driving under the influence and was photographed smoking marijuana in 2009.

Each sport has its controversies. Of course, athletes don’t explicitly sign up to be role models for their younger audience. However, one can look at WWE Superstars Roman Reigns and Alberto Del Rio. Both served as spokespersons for “Take Time to Be a Dad Today” public service announcements. Both have also been recently suspended by their employers for violating the company’s wellness policy.

Those are just a couple of examples from the laundry list of comparable incidents.

Thankfully, there’s also a lengthy list of athletes who, time and again, prove to be fantastic role models. Beaufort County has a few of its own. Washington native Terrance Copper and Belhaven product C.J. Wilson never forgot about their roots and continuously give back to the community.

Wilson graduated from Northside and Copper from Washington. Both went on to play at East Carolina and, eventually, in the National Football League. Wilson won a Super Bowl with the Green Bay Packers.

Both make regular returns to Beaufort County. They recently joined forces, along with some other big-time footballers, to put on a summer camp for children in the area.

Not all athletes make great role models. Beaufort County should take pride in not only producing some standout players, but top-notch human beings, too.

Being taken by surprise