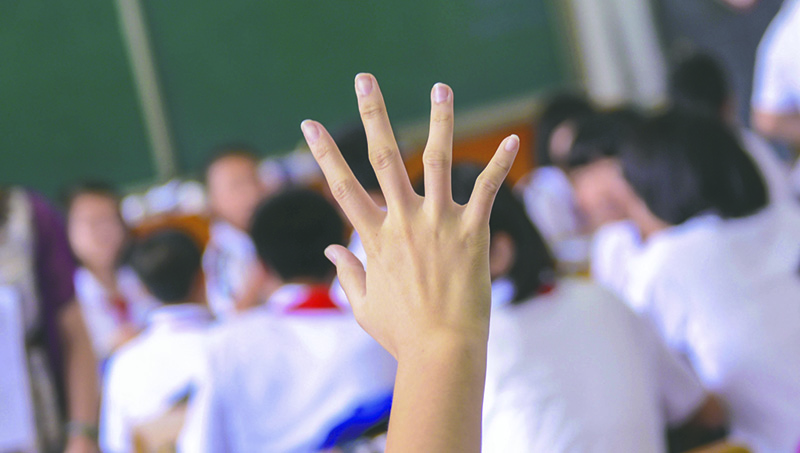 The February shooting in Parkland, Florida, continues to be a focal point of conversation across the country. “March for Our Lives” events took place in major metropolitan areas on Saturday, and the activism has even stretched as far as rural areas like here in Beaufort County.

Survivors of the shootings and groups supporting them arranged student walkouts recently. Some schools cracked down on the possibilities of students leaving classes. Others redirected the plans in encouraging discussions between students and administrators.

While some will argue against the how and why, there is absolutely nothing wrong with a person standing up for a belief. In this case, the cause is focused around reforming gun-control laws in the wake of the most recent school shooting.

This time feels a bit different, though. As unfortunate as it is, the reality is that these horrific events never seem to have much staying power in the media cycle. This one does. Those 17 students were slayed on Valentine’s Day. It’s still one of the most talked about matters in America while many may struggle to even remember what their Valentine’s Day plans were.

One of the reasons is because of the dedication to the cause exhibited by the survivors. Most of them are still only children; kids who are the centerpiece of this cause.

These children chose to put themselves on the front lines of this battle. There’s a fine line when it comes to issues like this and how it relates to children, whether they are in Florida or right here in Beaufort County.

One of the conversations that took place in the wake of the Parkland shooting was how mentally ill people like the shooter, Nikolas Cruz, may not commit heinous crimes like this if they were better accepted by their peers.

Isabelle Robinson, a survivor of the shooting, addressed this point in a guest column for the New York Times: “The implication that Mr. Cruz’s mental health problems could have been solved if only he had been loved more by his fellow students is both a gross misunderstanding of how these diseases work and a dangerous suggestion that puts children on the front line.”

Teenagers and adults alike should be able to stand up for causes they believe in. However, suggesting kids take on the responsibility for issues as dangerous as this one is simply wrong.

County’s now on a larger-scaled map