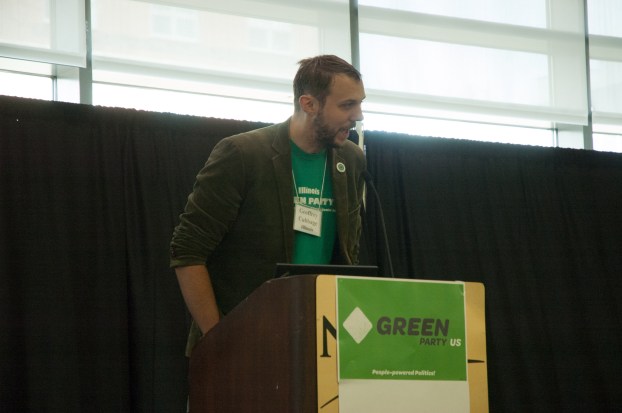 And now there are four.

The state board determined the Green Party had met specific criteria to be certified as a state-recognized political party. That recognition might not sit well with some people, but another political party will result in more candidates for voters to choose from when they go to the polls. There are some folks who believe the Green Party will take votes away from Republicans, Democrats and Libertarians, and that could happen.

Some Republicans are pleased with the addition of the Green Party to the state’s official political parties. They hope Green Party candidates will appeal to voters who otherwise would support Democratic candidates. The GOP could benefit in elections if that happens.

The Green Party is known for its focus on environmental issues, an anti-war philosophy and social justice. Greens, as party members call themselves, are community activists.

“The Green Party began in the 1980s to bring a new vision and new values to politics in the U.S. by uniting Americans behind progressive, multi-issue citizen politics. Now, as we face a growing healthcare crisis, corporate control of our ‘representative’ government, falling real incomes, continuing racism, and the scapegoating of immigrants and the LGBTQ community, the Green Party’s call for greater social equity and justice is more timely than ever,” reads part of the party’s statement of purpose.

Agree or disagree with that statement, North Carolina voters now have another political party to provide candidates for those voters to choose from in future elections. Diversity and more options at the ballot box should always be welcome.

A Holy Week and some holy words

When Jesus was entering Jerusalem amid cries of celebration from his followers, Luke tells us some of the Pharisees... read more