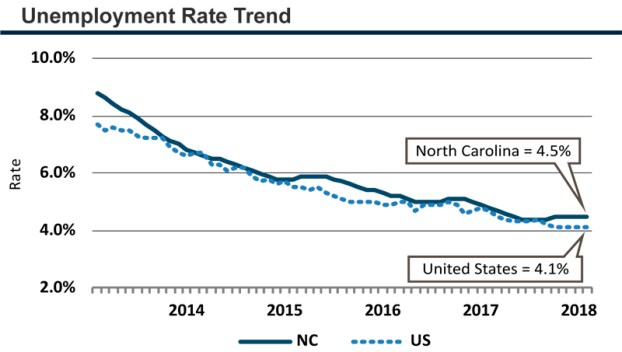 Beaufort County’s unemployment rate fell from 5.4 percent in January to 5.3 percent in February, according to information compiled by the Labor & Economics Analysis Division of the N.C. Department of Commerce.

“North Carolina’s economy continues to maintain a holding pattern. The unemployment rate has settled at 4.5 percent for the past five months and job gains maintain a steady pace. With unemployment insurance claims on the decline and promising signs from the construction sector, we have no reason to suspect a downturn any tine soon. However, a tight labor market will present a challenge for employers in the meantime,” reads a statement from the N.C. Commerce Department.

Eleven of the state’s 15 metropolitan areas experienced rate decreases from January to February, while four were unchanged.

For February, Beaufort County’s jobless rated was ranked 67th in the state.

For June Arnold, playing the piano is nothing short of a spiritual calling. As some are called to the far... read more