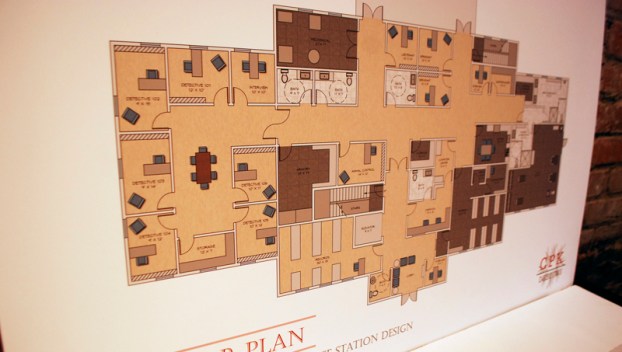 BLUEPRINTS TO BRICKS AND MORTAR: By establishing a reserve fund for capital projects, Washington officials plan to turn proposed projects such as a new police station into realities. (Daily News)

Several years ago, the city council adopted a pay-as-you-go philosophy when it comes to such major expenditures. That approach allows the city to do major projects in phases at it finds the money for each phase. The pay-as-you-go method keeps the city from incurring additional debt, with the goal of completely erasing the city’s debt-service payments.

To further that philosophy, the City Council, during its budget work sessions last week, established several capital reserve funds with varying amounts of “seed money.” The funds were created so the city can begin putting money into them in an effort to pay for upcoming capital projects such as library expansion and downtown streetscape improvements.

Last week, Councilman Roland Wyman, true to his word, lobbied for the capital reserve funds. Several days before the budget works sessions, Wyman said he wanted the council to focus on creating such funds, including one for downtown streetscape improvements.

Setting up the new capital reserves funds is not new for the council. The city has a public-safety capital-reserve fund for a new police station. At present, that fund has $1.6 million for the new facility. That money is the result of the city earmarking just under two cents of the city’s property-tax rate for the public-safety capital-reserve fund.

The reserve funds will keep the city from borrowing money for major expenditures and having to pay back that money with interest. Those funds and the pay-as-you-go approach will save the city money.

That’s good for the city and its taxpayers.

“Don’t feed the bears.” This is a common warning, printed on countless signs in National Parks and Forests throughout the... read more