A plan, just in case 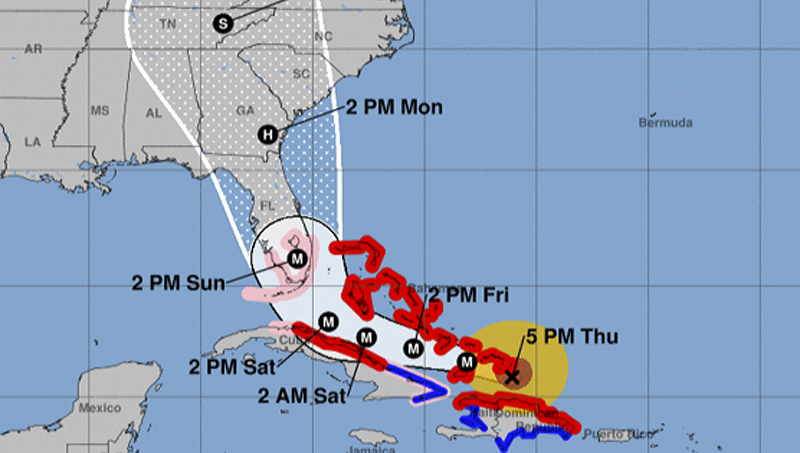 The results, for the most part, are in: it’s going to be another very active hurricane season.

Last year was active enough. Hurricanes Harvey, Irma and Maria were all giant massive that wrought devastation wherever they made landfall. For Texas, it was Harvey’s unprecedented rainfall; for Florida, it was Irma’s storm surge; for Puerto Rico, it was Category 5 Maria’s 175 mph winds. Many of the places hit by these storms have yet to recover.

Predicting how many storms there will be and of what strength is uncertain as it is; determining whether any will make landfall and where is a “wait and see” prospect. Hurricane season 2010 was extremely active, with 19 named storms and 12 hurricanes. However, not a single hurricane, and only one tropical storm, made landfall that year. In 1992, there were only six named storms, but one of them was Category 5 Andrew, which brought much destruction to South Florida.

Sometimes hurricane-prone regions won’t see a storm for decades. But all it takes is one.

What everyone here should know is this: if a Category three or greater storm is on a direct path to hit Beaufort County, everyone will need to evacuate. Not some people — all people will be under a mandatory evacuation. A large storm surge combined with the county’s low elevation would mean massive flooding, the type of flooding that residents here have only seen on news reports from other unlucky places.

Beaufort County has lucked out since Hurricane Irene in 2011. Even Hurricane Matthew in 2016  was less about devastation and more the inconvenience of a three-day power outage.

Alberto, Beryl, Chris, Debby, Ernesto, Florence, Gordon, Helene, Isaac, Joyce, Kirk, Leslie, Michael, Nadine, Oscar, Patty, Rafael, Sara, Tony, Valerie, William. Who’s to say if one won’t be a visitor this hurricane season and in what state they’ll be in when they get here?

Missing in the middle