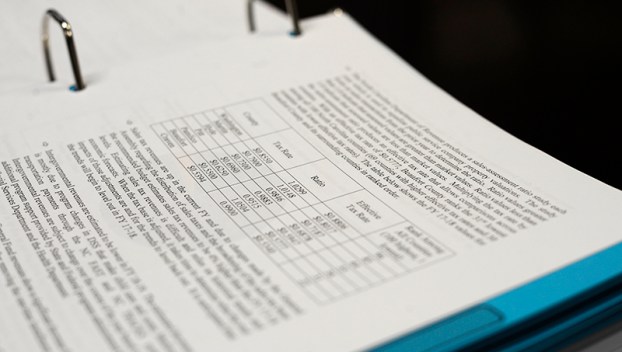 Local government is important. The decisions made at the local level directly impact every resident of a jurisdiction. These local officials — they could be friends, neighbors, members of your congregation — are elected to act in the best interests of all their constituents, who are sometimes people they see on a day to day basis.

This year, it’s a little harder to do so, because the property tax revaluation done every eight years found that property values have dropped overall in Beaufort County. If property values are lower in the county, the county will be collecting less property tax. With less collected comes the need to make up the difference to continue providing the same services. In response, this budget calls for an increase in property tax by 3 cents, so the county remains revenue neutral — they’ll collect the same amount of property taxes next fiscal year as they did this year.

That increase is just to get the county back on a level playing field, but it’s not the only increase to taxes, however. The 3-cents increase, while ensuring the county collects the same amount in property tax, does not cover the gap between what it costs to provide the same services to county residents from the last budget to this one. So, there’s another 2-cents increase in property taxes to make it up.

But nobody likes to pay more tax. Participation is the benefit of local government: if a person doesn’t agree with tax hikes or budgets cut, they can go to the meetings and learn why the seven-member commissioners’ board makes the decisions it does.

Tomorrow night is the culmination of the budget workshop sessions where commissioners will iron out the next budget, whether it’s higher, lower or the same as the manager’s proposed budget. They’ll weigh raising taxes that every property owner in the county must pay so the county can provide services for every resident.

Too close to home