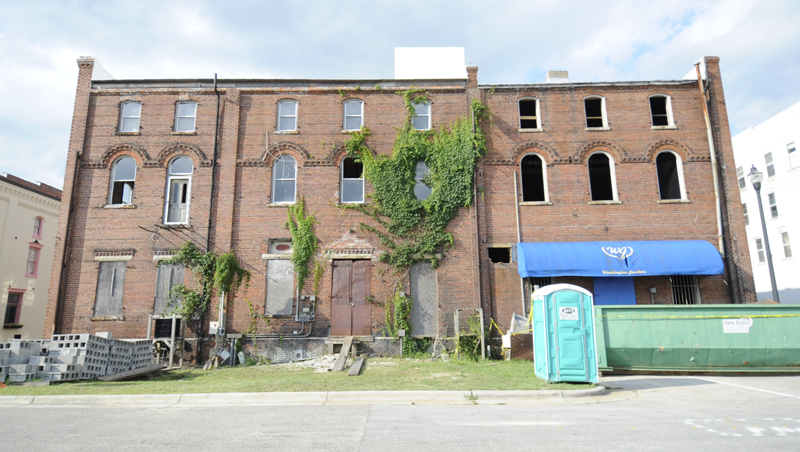 NEW LOOK: The former Washington Jewelers building is undergoing exterior changes before it becomes home to commercial and residential uses. The project is one of several similar projects in the city’s downtown that could result in an upturn in the city’s economy. (City of Washington)

There was little, if any, doubt those activities are supported by Washington residents and downtown business owners. The commissioned signed off on plans for exterior modifications to the former Washington Jewelers building and the former Tassel’s building. Those exterior changes are part of the plans to bring a mixture of commercial and residential uses to those properties — commercial activity on the ground floor and residential spaces on the upper floors.

As for the commission, it appears its members like what they heard and saw during presentation about the proposed exterior changes because the unanimously voted to issue certificates of appropriateness for those changes to occur. Commission members were highly appreciative of the effort behind the plans to modify the building while preserving the historic significance of the two structures.

Also, the applause could be interpreted as a sign of relief that two more projects are joining other ongoing projects that should bring needed economic development — including new jobs and millions of dollars in investment in the city’s central business district — to the city’s downtown. A project to convert the former Bank of America building into a micro-distillery, restaurant and boutique hotel and a project to convert the former Fowle Building into brew pub on the ground floor and apartments on the upper floors are within just a few feet of the former Fowle and Tassel’s buildings.

These projects provide work for local electricians, carpenters, masons, HVAC workers and others. Once complete, these projects will produce sales-tax and increased property-tax revenues for the city and Beaufort County.

City officials view those projects as evidence the city is on the cusp of an upturn in its economy. Those officials — elected, appointed and city staff — are doing what they can to facilitate those projects and attract similar ones.

Could Washington be turning the corner and headed down the path to an improved economy? Let’s hope — and expect — that’s the situation.

Where bills go to die