Through a screen, darkly 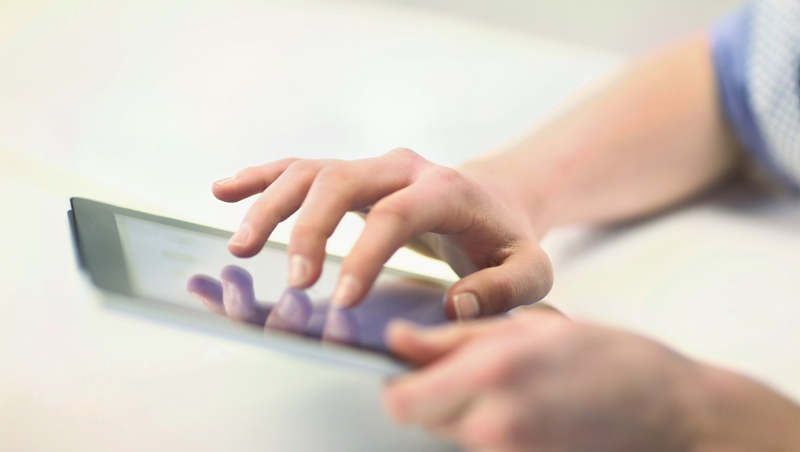 How much time do you spend looking at a screen each day? If you’re like many Americans, it’s hard to even keep track.

Every day, we face a constant barrage of beeps, ringtones and flashing lights. With a never-ceasing stream of emails, phone calls, texts and notifications, we’re expected to be available 24/7. It’s enough to make a person crazy.

According to a 2017 Neilsen Company report, adults on average spend more than 10 hours each day consuming media. Taking away the approximate hour and 50 minutes devoted to radio listening, that leaves more than eight hours per day that individuals are spending in front of some type of screen, a figure that would have been nearly unheard of 30 years ago.

It’s not just smartphones, however. Many professions require workers to stare at a computer screen for hours on end. Add to that a few hours of TV at home, and the majority of one’s waking life begins to be lived through screens.

In his famous allegory of the cave, the philosopher Plato imagined a group of men kept all their lives chained in a dark cave, their only perception of the true world being shadows cast on a wall by firelight. In some ways, the images and media we consume daily are like shadows dancing on the wall. Ultimately, living life through a screen presents a fundamentally skewed view of the world.

The zest and joy of living can easily become lost in the all-consuming black hole of technology. The time once spent making memories with friends and family is sunk into pointless, unproductive use of a smart phone or tablet.

In his memoir “Desert Solitaire,” famed naturalist Edward Abbey wrote of his time working with the National Park Service at Arches National Park in Utah. During his time there, a tourist asked him if he owned a television. He responded as such:

“Listen lady, if I saw a TV out here I’d get out my cannon and shoot it like I would a mad dog, right in the eye. … What’s the principle of the TV, madam? The vacuum tube, madam. And do you know what happens if you stick your head in a vacuum tube? I’ll tell you: you get your brains sucked out.”

When Abbey wrote this passage in 1968, he could not have dreamed of the world we live in today. We’ve ditched the vacuum tubes, but the idea still remains.

With wise use, the technological marvels that we now carry in our pockets have the ability to place the collected knowledge of humanity at our fingertips. At their worst, these items can become an addiction that robs us of our time, twisting our very perception of the world. Navigating through this digital world, just remember not to stick your head in a vacuum tube.