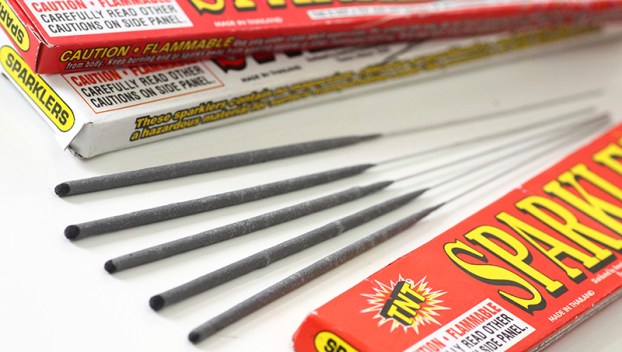 The Fourth of July is almost here, along with everything that comes with the holiday, such as parades, barbecues and baseball games. But perhaps what is most closely associated with the holiday celebrating our country’s independence is fireworks.

Yes, fireworks, such as Roman candles, bottle rockets, firecrackers and aerial fireworks are illegal in North Carolina, but that certainly doesn’t stop people from buying them out of state and shooting them off anyway.

The Washington Daily News urges those who decide to shoot off fireworks to do so with caution. Please don’t become a statistic, like the estimated 11,100 people who were treated for fireworks-related injuries in U.S. hospital emergency departments during 2016, according to the U.S. Consumer Product Safety Commission; or worse, one of the 114 fireworks-related deaths between 2001 and 2016, according to the CPSC.

One of the dangers of fireworks is that they don’t go off as expected. Michelle Pantoya, a professor in the Department of Mechanical Engineering at Texas Tech University, studied duds — fireworks that don’t fire after being lit. Pantoya said duds can be dangerous in an InsuranceJournal.com article on fireworks safety.

She warns against handling them, due to the fact there still might be a small ember that can’t be seen still burning, and it could ignite in your hands. She also advises to not use old fireworks, as many “off the shelf” fireworks are good for about a year.

To help prevent a fire, Pantoya recommends having sand and water on hand: even small embers or sparks from fireworks can start a fire.

If you decide to purchase fireworks out of state and shoot them off in your backyard, please do so with the proper care and safety precautions. But even better yet, leave it to the professionals and enjoy the spectacle.

The agendas for Washington’s City Council, Planning Board and Historic Preservation Commission meetings are getting fuller and fuller. The council,... read more