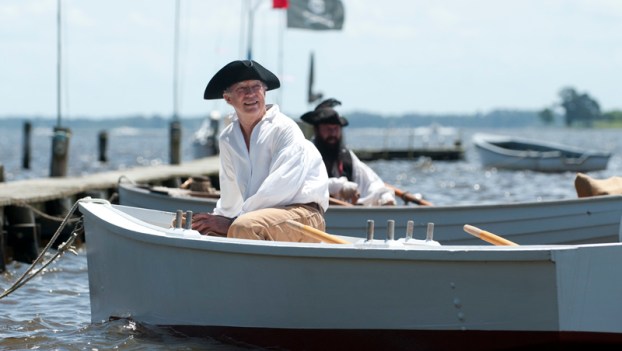 The United States wasn’t even close to becoming a country 300 years ago. Three centuries ago, Beaufort County was heavily wooded, its settlers drawn to the area by its forests which could be transformed into lumber, tar and turpentine, all much needed by the transportation of the day — wooden ships.

Three hundred years ago, Bath’s most notorious resident, Blackbeard, was being hunted by the British Royal Navy for crimes against the crown, mainly piracy. There are some who believe that Blackbeard was a not a native of Bath, but a transplant who made Bath his home while he went off with his crew to plunder the Caribbean and East Coast. There are others who believe that Blackbeard was, in fact, a native of Bath who, along with his friends and neighbors, simply did what all the other colonies were doing: send a crew down to Florida where the treasure of 11 Spanish ships lay ripe for the taking in the shallow waters near present-day Vero Beach, Florida. There was plenty of treasure to be had, as it’s still being found today: in 2015, a diver found 350 gold coins worth $4.5 million.

The history is murky — who Blackbeard was and if he was as evil a character as assumed. There’s little written history of the time. But what is known is that Blackbeard was killed and his crew captured in a battle at Teach’s Hole, off of Ocracoke. His head was paraded back to Bath as proof of his death.

There were many pirates operating in the waters of the Atlantic and Caribbean, and few of them made it into the history books. But this piece of Bath’s history occurred on Nov. 22, 1718. Three hundred years later, the Town of Bath is embracing its most famous scalawag with a series of events celebrating Blackbeard’s Bath connection, native or not.

Today, at 10:30 a.m., Bath’s State Historic Site volunteers Gill Jones and Bill Dunn will host a talk and Q&A about early 18th-century navigation; the pirate’s life at sea; what a battle between pirate ship and Royal frigate warship looked like; the Port of Bath; and miscellaneous facts about the lives of pirates. It’s open to the public.

July 21, the streets of Bath will once again be besieged with pirates for the town’s fifth-annual Pirates in the Port event, and in October, the official tricentennial will be held.

Pirates were thieves, yes — perhaps violent as well. But pirates are an interesting part of America’s history, Bath’s history, and history should always be appreciated.

Havens Gardens is getting a new fishing pier. Bug House Park is in line for some improvements. The Susie Gray... read more