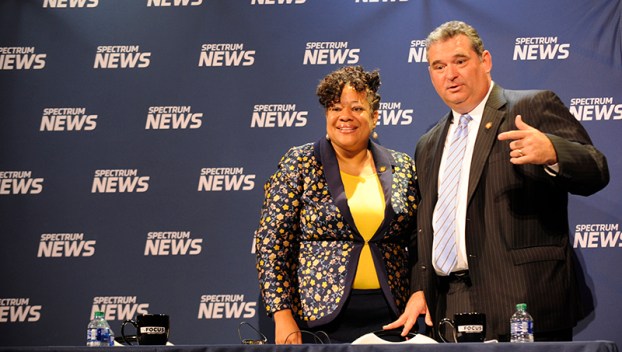 The hidden costs of legislation

It wasn’t an overwhelming victory, but with more than 54 percent of ballots cast, voters agreed that those voting in person should have to present a photo ID — picture proof of identity.

Now legislators are sitting down in Raleigh to hash out the details of this new North Carolina constitutional amendment.

There’s a variety of photo IDs on the list of those that could potentially be accepted at polling places. Among them, are student IDs, but not just any student ID, only student IDs from University of North Carolina-system schools. The student ID issue was one of the issues where legislators got in trouble after the last voter photo ID law was passed in 2013. It might just run into the same problems here, as it does not make a whole lot of sense to only accept IDs issued by the state university system. Aren’t community colleges part of a state system? Why not allow those IDs too? Does it make sense to not accept IDs from private colleges with long, rich histories in the state, that likely vet each of their students just as much as the university system? These are all things to consider.

What should also be considered is that another of the IDs put forth would be available to anyone. These free IDs would potentially be dispensed by each county’s Board of Elections. In theory, this sounds like a really great idea, but that’s in theory. As has been displayed in the past, what will most likely happen is the General Assembly will mandate that counties issue the free IDS, but won’t pay for them. It will likely be left up to the counties to make more room in already stretched budgets to pay for the materials and the man-hours needed to give out free IDs that will allow a person to vote.

It was made clear that the voting public of North Carolina likes the idea of a photo ID requirement. It was not made clear before the amendment was approved how the state would go about making it happen. Now, we’re finding out, after the fact.

Hopefully, the state can keep costs down — the cost of paying to defend the lawsuits bound to happen if legislators aren’t careful about how to put the new law into effect and the cost to the county to produce free IDs — through thoughtful decisions.

We bought into it. Let’s hope we don’t pay later.