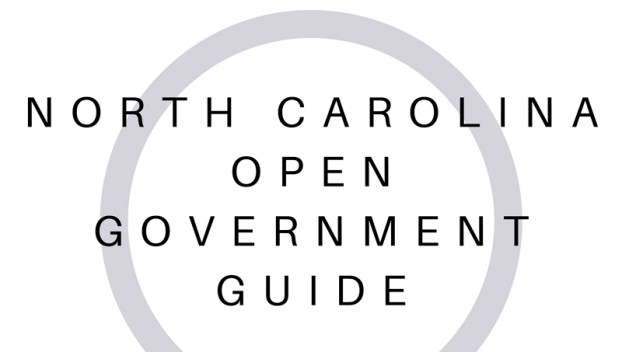 Transparency is a big buzzword in government these days. If the hype is to be believed, gone are the days of backroom dealings and good ole boy corruption. The shadowy corners of government have all been illuminated by something called “sunshine laws.”

If only it were so.

When it comes to public records and open meeting laws, North Carolina residents have some pretty powerful tools at their disposal to know what their government is doing.

State law declares, “The public records and public information compiled by the agencies of North Carolina government or its subdivisions are the property of the people. Therefore, it is the policy of this State that the people may obtain copies of their public records and public information free or at minimal cost unless otherwise specifically provided by law.”

For members of the public interested in accessing the inner workings of their government, whether local, state or federal, there’s a strong ally in state government — the North Carolina Attorney General.

“The policy of the state of North Carolina is to allow the public access to the business of government,” reads a statement on the N.C. Attorney General’s website. “We help by acting as a liaison between public officials and the public.”

Recently, the Attorney General’s office has made those laws even easier to navigate with an updated version of the 2008 “North Carolina Open Government Guide.”

Weighing in at 37 pages, the document explicitly lays what is and is not a public record, what qualifies as a public meeting, and the public’s rights in regards to government transparency.

The guide is available here. We heartily recommend that everyone who cares about government transparency get a copy of his or her own. For both citizens navigating their government, and government employees trying to field public records requests, the guide will prove an invaluable resource.