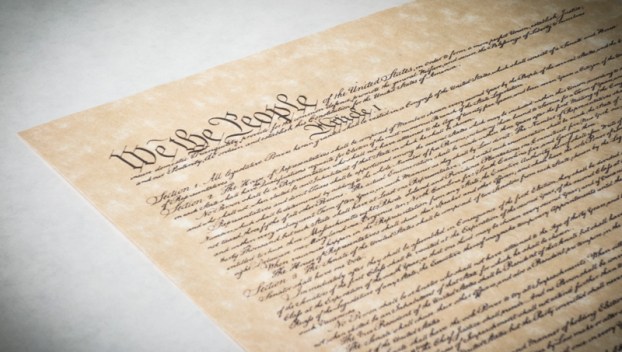 Do you know the difference between “We the people” and “We hold these truths to be self evident?” Can you name some of the powers vested in the three branches of the Federal government? How many of the amendments can you name from the Bill of Rights?

If you can’t answer these questions, don’t feel too bad. You’re definitely not alone.

Everyone knows Independence Day falls on July 4, but fewer remember Constitution Day. It’s a newer holiday, only declared at the federal level in 2004.

Yesterday, Sept. 17, marked 232 years since delegates at the Constitutional Convention in Philadelphia signed the document, giving birth to our government as we know it. At schools throughout Beaufort County, teachers took the time yesterday to share lessons on the Constitution with their students, the separation of powers and how the government works.

In short, the Constitution was designed to restrict the powers of the government and guarantee the rights of the people. We hear a lot about the First and Second amendments, and most people can cite them fairly quickly. What we hear less about is the document as a whole and what it means for our society. We argue so much amongst our selves about the freedoms the Constitution guarantees us that we fail to talk about the limitations it sets on the government.

A quick read of the Constitution and one look at the mess that is Washington, D.C., will tell you just how far removed we have become from the limited vision of government laid out by the founding fathers. It’s easy to think of the government as some all-powerful force that dictates the terms of our lives and solves all our problems. But that’s not how it’s supposed to be. Constitution Day is about remembering the limits set on governmental authority and celebrating the power that belongs to American citizens.

We need more lessons like the ones that happened in classrooms across our county on Tuesday, not just for kids, but for adults as well. Though Constitution Day has passed, it’s never a bad idea to brush up on one’s civics. Take a moment this week to do so. It might remind you that the power shouldn’t lie with elected officials or government bureaucrats, but with the American people.