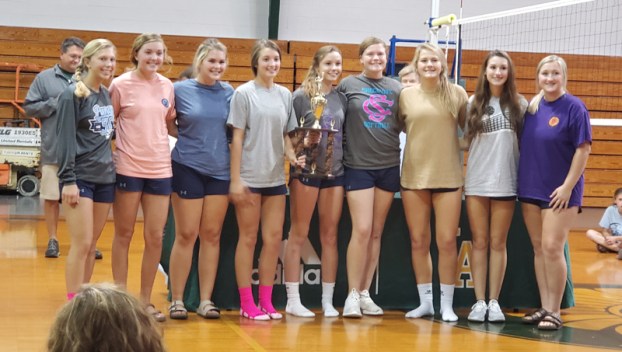 After a 20-1 mark in their regular season schedule, the Pungo Christian Academy Lady Raiders defeated the only team they loss to in the regular season, in the final game of the Tarheel Independent Conference Championship tournament in four sets.

The Lady Raiders have used a mixture of seasoned veterans and underclassmen to balance out their lineup.

Seniors Brandi Garrish, Ashley Spencer, Parker Williams and Josie Hudnell have seen plenty of time on the floor, but the emergence of freshman Reagan Stoop has helped the Lady Raiders’ lineup out immensely. Stoops length and leaping ability present many challenges for opposing teams. When Stoops’ timing and power is on with her spikes, it’s tough to stop.

As the tournament champions, the Lady Raiders have solidified a spot in the state playoffs, and they will have to travel in the first round to Northwood Temple Academy in Fayettville. The Eagles are 10-11 on the season, and lost in the quarterfinals of their conference tournament to Village Christian Academy.

The winner of the first round game will move on to play Greenfield School (5-10). The Knights ended their regular season on a five-game losing streak.

The Lady Raiders will have their hands full with the talent in the NCISAA state playoff field, but they are capable of making some noise and a deep run in the bracket.