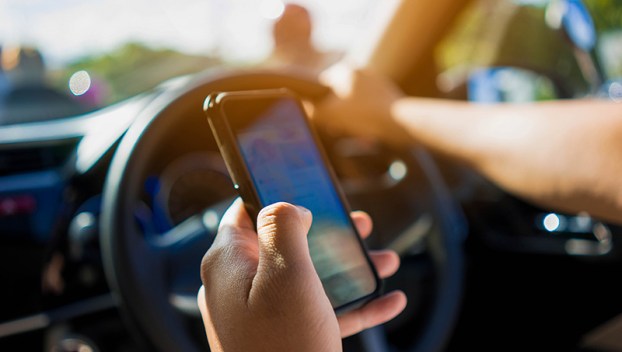 Steer clear of the issue altogether

There’s this idea that texting while driving is an issue that only applies to younger people. It seems that efforts to get people to stop texting and driving are deliberately aimed at them. It is the right thing to do, as setting up driving habits early is always better than later — say, after an accident — and statistics do show that younger people have a higher rate of texting while driving.

The problem, however, is not confined to younger people. There are many adults who do it too, and do it often.

You know who you are.

Maybe you’re not texting; maybe you’re trying to type in an address for directions on your smartphone. It could be you’re scrolling through your contacts, looking for that person you have to call right now. What you don’t notice is that while you’re looking down at your phone, the vehicle you are driving is, more often than not, bouncing from one side of your lane to the other.

You may not notice, but you know who does? The people driving behind you. These people see a vehicle swaying from side to side in the lane ahead, perhaps even bouncing over that center line or onto the shoulder. Those drivers don’t know whether you’re inebriated or you’re on your phone. What they do know is that you are a danger to them and others sharing the same road, and you are, ultimately, forcing them to either speed up to pass your dangerous driving or stay put and hope for the best.

Here’s a startling fact: A drunk driver generally needs an extra four feet to stop, as opposed to a sober one. A texting driver needs more than 70 feet in order in order to stop on time.

Think about that: a drunk driver has a better response time than someone looking at their phone while driving.

We’re now heading into the holiday season in which plenty of people will be on the roads, trying to get to that festive gathering with as little hassle as possible. Whether you’re the one traveling or family and friends are traveling to you, let it be known: steer clear of texting and driving.

‘Tis better to give than receive, as the old adage goes, and the act of holiday shopping can either be... read more