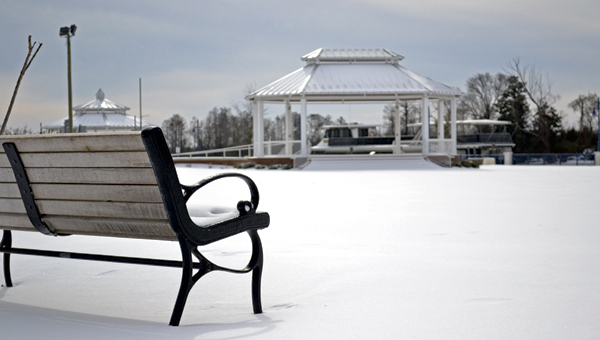 Putting the ‘winter’ into winter

So, this weather system that might already be felt by now is definitely bringing more rain and it’s definitely bringing some wind. As far as the definite is concerned, that’s about all that could be forecasted for Beaufort County. There have been some wild reports this week saying Beaufort County can count on 6 to 10 inches of snow Thursday night into Friday. There are others that say there will be no snow whatsoever. But until the temperature, amount of precipitation and the timing of the system are solidified, the amount of snow Beaufort County gets is, essentially, unknowable.

As anyone who has lived through a hurricane season knows, weather is not always predictable. But what can be predictable is behavior. If there is a chance that Beaufort County will be affected by severe weather, then it is up to those potentially affected by the weather — not those forecasting it — to be prepared for it. Regardless of whether this oddity of a winter weather system dumps .1 inch of snow in Belhaven and Aurora and 1 inch of snow in Washington and Chocowinity, or 6 inches of snow across eastern North Carolina, all Beaufort County residents should “prepare for the worst, hope for the best.”

Best case scenario is one that does not interrupt daily life; one that causes neither ice on the roads and powerlines, nor school to be cancelled — perhaps a light dusting of snow that will put the “winter” into this winter.

So, prepare for a snow day, regardless of the forecast.